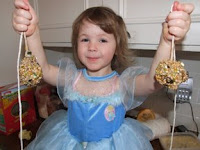 As I opened the fridge this morning to scan the damage Christmas had done, one thing remained from that day that I was keeping aside. A bowl of turkey fat, salvaged from the roasting juices, was perched awaiting my my usual 'treat' of turkey fat on toast. Or perhaps a few more roast potatoes for today's lunch. Goose fat appears to be the in thing at the moment, but turkey fat is just as good for sublime crunchy potatoes.

This time last year I had a scare at the doctors when he told me that I had overindulged somewhat. Not only was my weight on the heavy side, but my cholesterol was souring to dangerous levels. I had a fright and decided, through necessity, to calm everything down. The running and cycling returned and my consumption of chocolate and saturated fats became a rare treat rather than a daily one. 1 year on, the results are positive and things are looking good.

That isn't to say that I haven't had a great Christmas. I've ate and drank like a King. But instead of eating and drinking like a King every day, I'm doing it every 3 days. So looking at the turkey fat, I decided that the dripping on toast would be given a miss this year.

Instead, Cerys and I gathered up a few pine cones on a frosty walk, tied a piece of string onto them, smothered them in turkey fat then dipped them in bird seed. And now they are hanging on our little tree whilst the brave robins and blue tits dive bomb for a tasty treat with the cats stalking around beneath. So this is my first post not for human consumption.

Tomorrow evening I'll be eating and drinking like a King again. Not only is it New years Eve, but my 38th birthday follows on New Years Day. Thankfully, this year's celebrations will be conscience free as I have been dog-headed in my approach to getting my health back. And the birds will be thanking me for their seeded turkey fat treats. Happy New Year everybody! x

Great idea, David - waste not, want not, and all that.

Hope you have a great New Years Eve. Do you do the first foot in your house? I used to love that about New Year Celebrations Up North.

Also many happy returns for your birthday. What a day to be born. Have you ever had a grown up birthday celebration where you weren't nursing a sore head from the night before?

Well done David!!! Not only do you give these things up for yourself but also for Cery. And that is a great idea for helping the birds too. Try a bit of peanut butter in the pine cones too. They love that!
Happy New Year to you and your family!

And Happy New Year to you all too, thanks for the birthday wishes. 38, where are the years going? And Amanda - I managed to have hangover free birthdays for the first 14 years of my life at least. Sorry, errr, 18 years.....

First foot still does happen up here but a dying tradition. People are too busy on the alchopops I think!

The birsd must eat as well. This was probably a treat fit for a King for them. I hope you have a wonderful New Year David...kisses to Cery. Keep up all the delcious posts in 2008!!! I hope that it is all that you hope for.

I used to buy those at the bird store when we had a house. 'Course we also had a yard and birds. I don't use them anymore, but I still think this is a great idea! May 2008 be good to you.

Beautiful bird's snack... I used to feed birds when I was a child too... each winter we were changing outside the window big piece of pig skin with plenty of fat on it.

And Happy Birthday to you David!!! Have a wonderful time.

My Michael has bday couple of days ago as well, I made cake for him:
http://www.coffeeandvanilla.com/?p=1271
It came out a little bit too flat but delicious :)

Unfortunately I don't often have any bird visitors where I am now, but we have several bird feeders and a water feature back home in London and I know my dad made sure they got the fatty leftovers from the Christmas meal.

Happy Birthday!
What a great idea re. the bird feeders. Must give that a try (though sadly don't see that many birds in my London garden).
Thanks for a great year of interesting and inspiring posts!

Thanks for posting the Turkey Fat Seed Balls. I brought some fat seed balls from my local garden centre for the birds that visit my garden, but this looks a great little recipe :D

I like your approach to turkey fat, David. I always approach poultry fat with the best of intentions, but without a good plan for preserving it. I've found that our pastured turkeys render less fat that the supermarket variety. What I have in the fridge is leftover gravy.